#103 – The Death and Rebirth of Micro-Niche Sites

As some older listeners may remember, before we were building authority sites, most people were creating micro-niche sites.

It used to be the predominant business model.

People would build tens or even hundreds of these sites, make a little bit of money from each of them and this would form their income.

In this week’s episode, I’m joined by Gael and Perrin to discuss micro-niche sites, their demise and their resurgence in a new, improved form.

What is a Micro-Niche Site?

It’s hard to pin down. We’re going to have a few goes at it from different perspectives.

Perrin thinks a common characteristic of micro-niche sites is they are small and make a small amount of money.

Gael comes at things from a slightly different angle. In his eyes, an authority site is something you continually work on, improve and grow.

Whereas, a micro-niche site is so focused it’s easy to establish yourself as an expert on that single topic.

As such, a micro-niche site can cover a narrow topic, be left for two years collecting passive income and, when the owner comes back to it at that point, the income will probably have grown instead of declined.

From my point of view, there is no stick-on definition. The lines are blurred between the types of sites.

Traditionally, micro-niche sites have been ‘set it and forget it’ style sites.

Usually, lower quality content that’s not maintained after being posted initially. However, recently we’ve seen some micro-niche sites take an authority site approach to the quality of the content.

Can You Really Distinguish Between Niche Sites, Micro-Niche Sites and Authority Sites?

There are points in time where a site is clearly a micro-niche site or clearly an authority site. Anything in between can be considered a gray area.

Think of sites evolving the same way as humans have. There was ancient man who walked upright and had similar characteristics as modern man.

Ancient man did not all of a sudden become modern man.

It was a slow evolution over time. There was a crossover period where they were both and neither at the same time.

This is how we can view the evolution of niche sites into authority sites. In turn, this is why it’s so difficult to clearly differentiate between different types of site – they share similar characteristics.

There was no such thing as Google Panda so sh*t content ruled the SERPs.

There was no such thing as Google Penguin, so sh*t links and black hat ruled the SERPs.

What Penguin did to search traffic

Exact match domains were so strong you could buy a domain, throw together a single article on the homepage, buy some links and you’d rank for that keyword.

You have to remember, at this point Google penalties didn’t exist. There was no incentive to do things in a white hat way.

In fact, it was so efficient that it didn’t make sense to put the time and effort in to build an authority site when some clown with a spun article, dodgy backlinks and an exact match domain would outrank you.

Basically, it was easy to do and the returns could be pretty lucrative.

This also led to slightly less competition. There weren’t as many big sites covering a whole topic (such as health) in-depth. This left smaller sets of keywords (e.g., Omega blenders) with little or no competitors.

Just remember, this was around 2011. It was harder to build sites. There was no 1-click install for Wordpress. The themes were terrible, and there were no drag and drop page builders.

Why Are Micro-Niche Sites Re-Emerging?

Recently, micro-niche sites seem to be popping up again in the SERPs. Sometimes, they are even outranking much larger more authoritative sites.

We talked in a recent podcast about how small sites can beat larger sites. One theory that Perrin puts a lot of weight behind is relevance.

Perrin believes relevance to be a very strong ranking factor. The issue with this view is it’s based on personal experience and anecdotal evidence without data to back it up.

Regardless, Perrin believes a lot of these types of sites are ranking again because the entire site is hyper-relevant to the target keyword.

It seems as though the more concentrated a site is, the easier it is to rank for keywords in that orbit.

We’ve even started to adopt this model when launching sites.

For example, when Perrin launched HerePup, he wrote 60,000 words on dog food alone.

Recently, when we launched a new site. We launched all the content within a single category. In the beginning, this gave us the advantage of appearing to be extremely relevant in that category.

We started to rank (and generate revenue) a lot quicker than if we’d created the same number of articles across various categories.

Now, as we start to build more links and gain more authority, we can branch out into the wider shoulder topics we had always intended to go into.

This method of creating content hubs can be a great way to harness the power of relevance.

On the other hand, it’s important to stress that there may be other reasons these sites are ranking. You can’t extrapolate across the market as a whole from a couple of examples.

Why Are People Choosing to Launch Micro-Niche Sites?

Firstly, micro-niche sites are easier to launch. They’re more focused. When you start a broad site, it can be overwhelming. You almost don’t know where to start.

Whereas, with a micro-niche site you have a single topic. There are only so many directions you can go in. This limited scope can be helpful in improving focus.

It’s also easier to research and gain a deep understanding of a single topic than it is to try and understand 5 or 10 different topics at the same time.

This could mean people that hate link-building are creating these sites to avoid it as much as possible. Or, it could just be that it’s a smart entry point to begin making some money quickly before expanding the site over time.

The micro-niche sites we see nowadays tend to be very different to the sites we used to see 7 or 8 years ago. 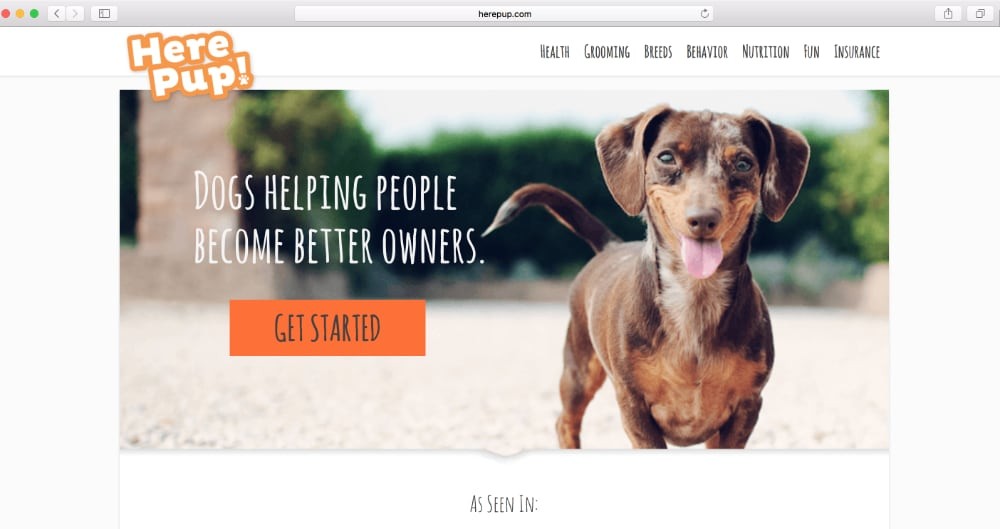 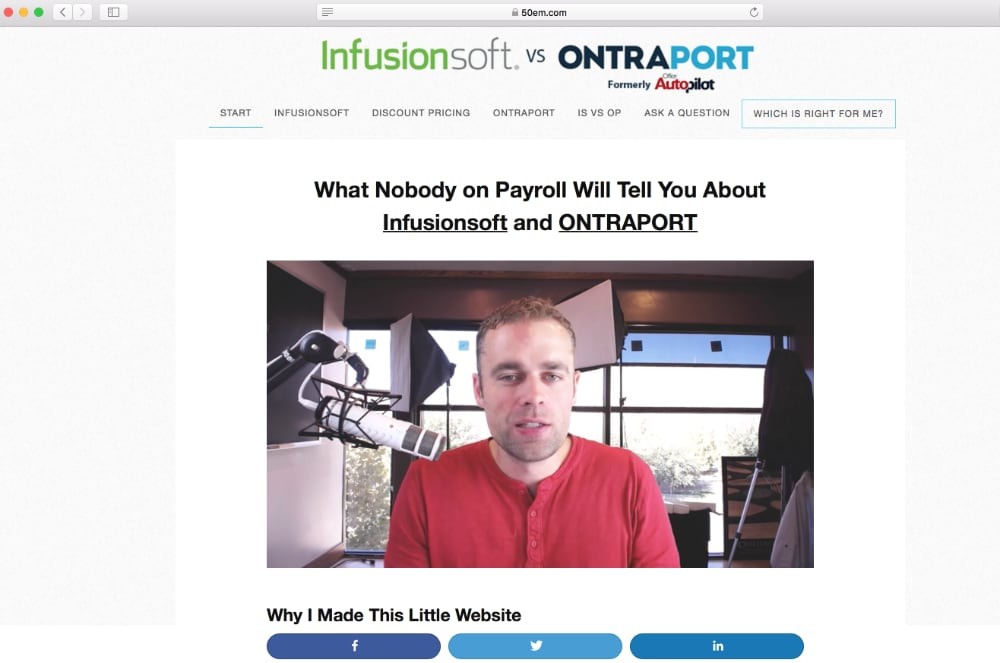 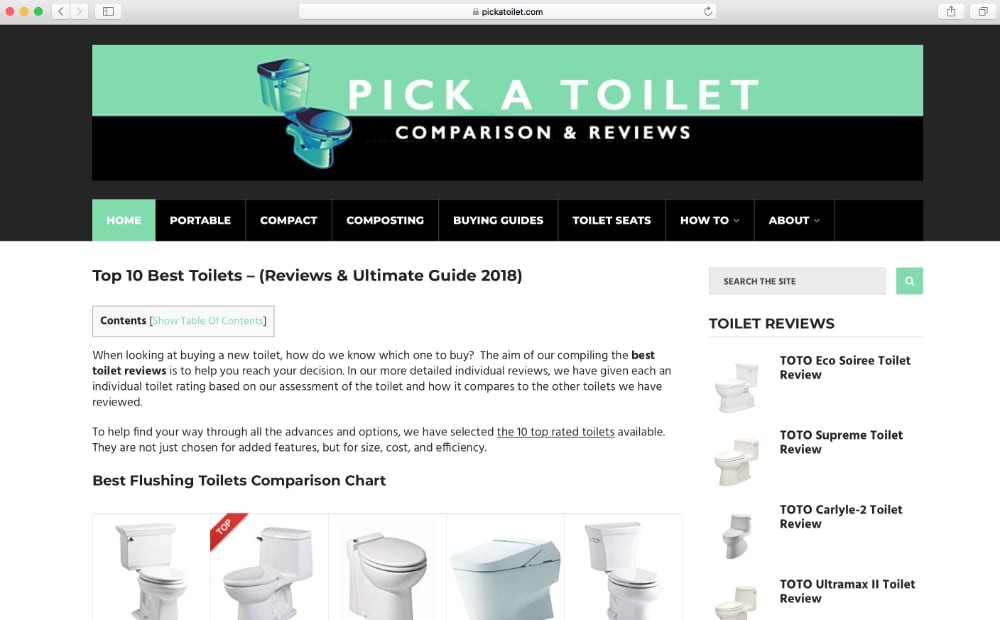